Disclaimer: This article talks about React to examplify the concepts. It doesn’t mean that this couldn’t be done with any other framework.

Let’s recap why we containerize our applications in the first place: The core arguments for containers is that they isolate a single application and its dependencies. But what if we could do that with components? What if we could achieve portability and virtualization at the javascript runtime level?

Let’s explore this idea with a simple example.

Here we’re importing and displaying a button which is a React component. But what if we want to change that button. Why do we have to go through the ordeal of building and deploying a new container? Wouldn’t it be nice, if we could rebuild the button, push it to a component registry and tell the application to start using the new button. How about the component is imported from a component registry rather than a local file?

Imagine a landing page that is made up from sections. Or, really take any website made by a typical page builder, like Squarespace. Each section is a “building block” and can be implemented as a React component. Rather than replacing basic UI components like a button, it would make more sense to replace components at the page level. The idea of Component-Based Deployments is that these sections can be developed and deployed independently without the need to redeploy the applications itself. This is possible because components are not coupled to each other. 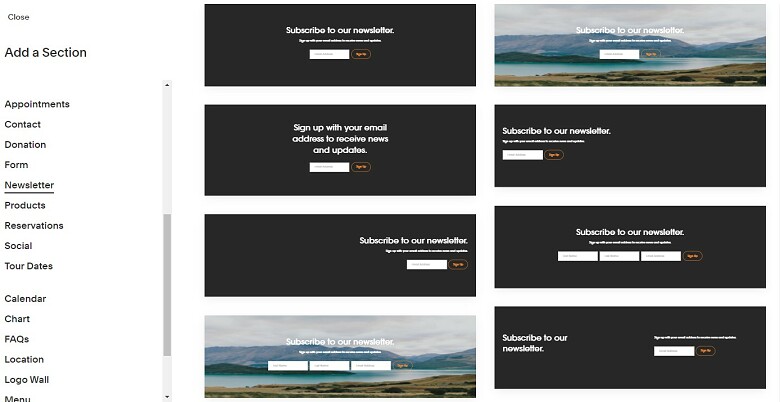 What this means is that, essentially the applications becomes the runtime and we deploy to that runtime, like we deploy a lambda function to an AWS runtime. Think of the following analogy:

All of these virtualization environments have an artifact, a place where artifacts are stored and a runtime for the artifact. Component-Based Deployments (or CBD for short) is simply changing the frame of reference.

Now, what’s stopping us from doing this? This seems like a logical thing to do…

Well, there are many reasons why this initially sounds like a bad idea. Some questions might be:

The answer is: We deal with these questions using the same methods that we use today. We just adopt them to this new paradigm. So lets see how we can apply these methods to Component-Based Deployments.

At minimum a component registry would need to fullfil the basic requirements of an artifact store, like publishing, storing and retrieving components. But component registries could have many specialized features that are tailored to UI components, like:

What if components could be associated with content types? or implement standard interfaces? For example a component registry could have 3 different components that are able to represent a content type “video” (as a thumbnail, as a lede, as a video player, etc.)

The following concept shows an example how a component registry could look like: 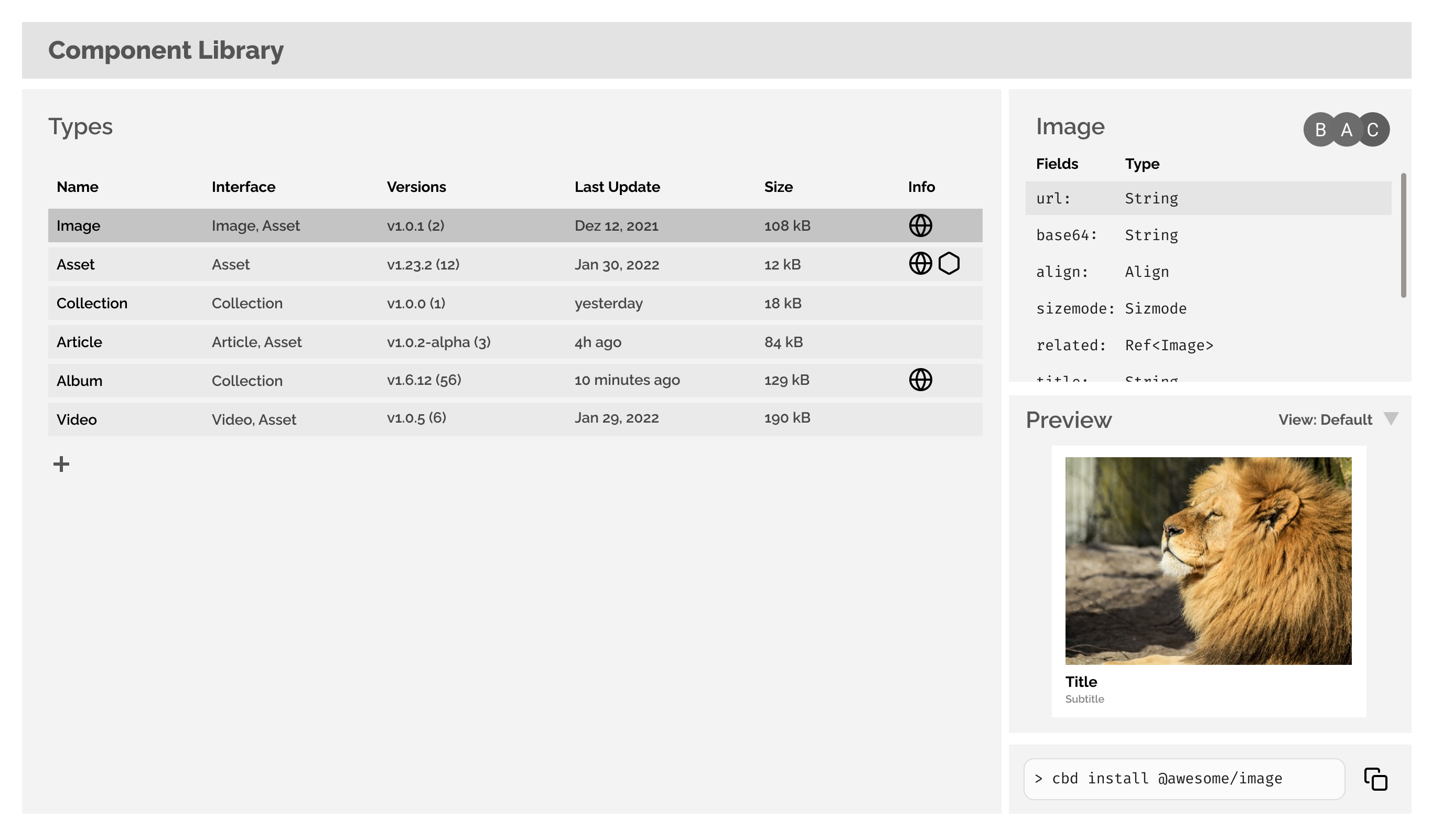 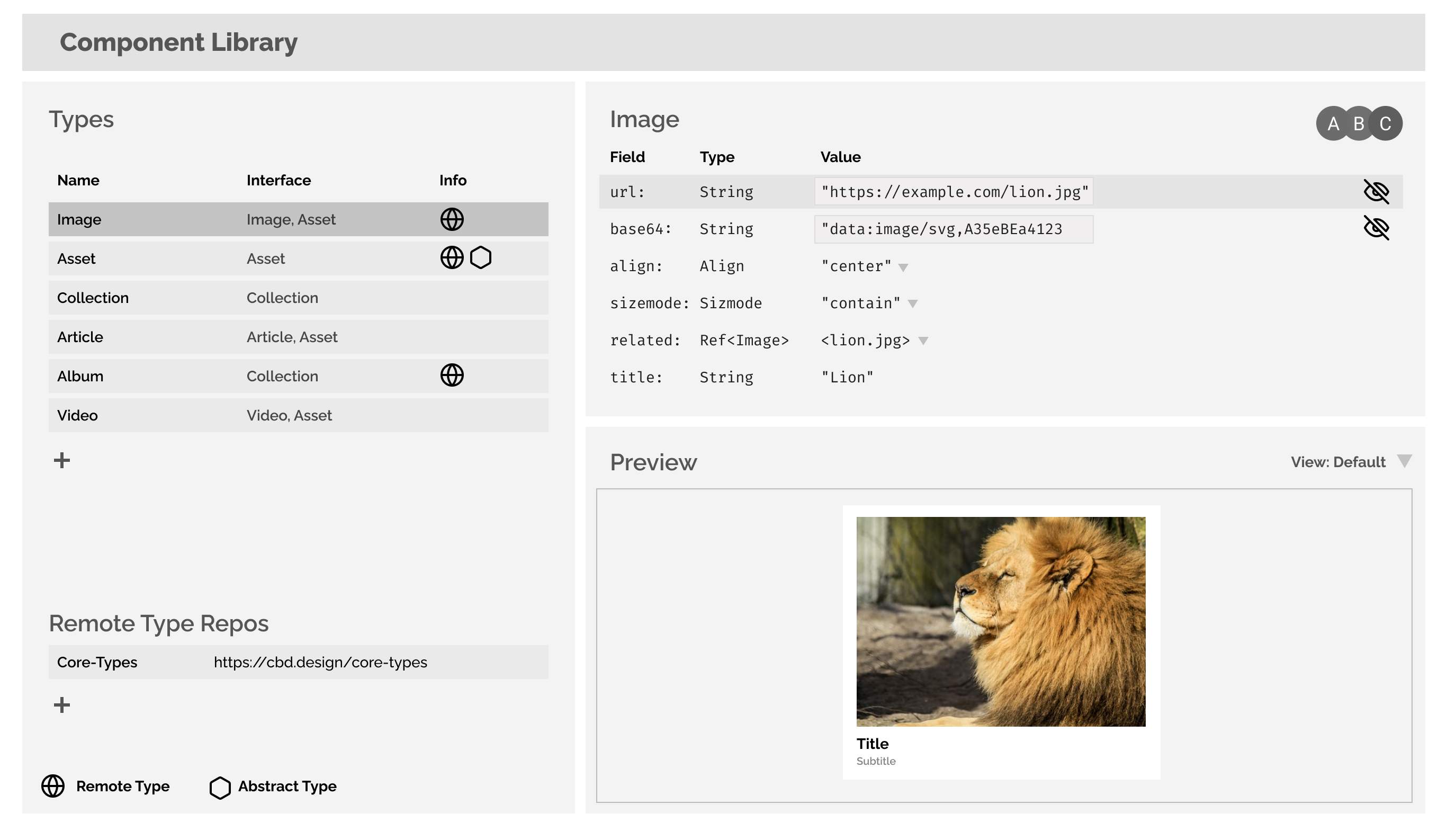 Further, consider the following workflow for testing a component:

This deals with everything we do today: Linting, unit testing, but also integration testing. Once all tests succeeded we can be confident that our components will behave as expected given certain inputs.

While building, publishing and testing seems relatively straightforward, the questions of consuming is really at the heart of the problem. If we start treating Node like a container runtime, we also need to make sure it fullfills the requirements of a stable runtime environment. We need to have trust that pulling a new component into the runtime won’t break anything, the same way we have trust, that pushing code to AWS Lambda will run reliably or spinning up a Docker container won’t randomly crash the Docker deamon.

The problem that needs to be solved

What we need is a super stable runtime environment that can

Also, we need a way to get components into the runtime by either:

A lot of this is handeled by build tools. And those build tools would have to change to support this new paradigm. However, “no-bundle” native ESM modules, which most modern browsers support, and HTTP/2 could potentially help to solve these problem.

Now the difficult part is that in a lot of cases components are not entirely isolated from the rest of the application. And this is where the real problems lie. We need a runtime that:

Now, does this exist yet? Obviously not. But can it be built? Absolutely.

This article introduced the concept of Component-Based Deployment (CBD): The idea of abstracting infrastructure to the highest possible level. Similar to how we deploy lambda functions or Docker containers, in a CBD world we deploy React components to a stable runtime. We could even call it “serverless react”.

Now you might ask: Isn’t that what web components try to achieve? And the answer is yes and no. Web components could be part of the solution, but don’t really address any of the operational questions. Web components certainly have great properties in terms of isolation in the browser, however they do not support server-side rendering.

Also, while the idea of a component registry is certainly not new (for example webcomponents.org has an extensive library of web components), it is not exactly solving the problem. Companies and individuals would want to run their own component registries (in the same way that people using AWS ECS or Lambda don’t publish their code to a public registry in most cases).

To conclude: Component-Based Deployment could completely change how web applications get delivered. Deployments of new features could happen within seconds rather than hours. Roll-backs could happen within seconds and only roll back a single faulty component rather than the whole application. QA could shift focus on component testing. And edge computing could greatly benefit as well. Imagine pulling in a new component from the registry for a quick A/B test within a particular region.

Ultimatly though decentralized and distributed ecosystems of freely interchangeable components could emerge. Think of a market place for landing page building blocks for example (like Docker hub) and how that would change how we build web applications.

How is this different from Hot Module Replacement (HMR)?

HMR aims at a better developer experience by allowing developers to hot-swap modules without a full browser reload. This is not the same as swaping modules for production use, which generally would require a full page reload and has entirely different requirements in terms of robustness. A notification to the user that the app was updated could still be a good idea.

Wouldn’t it be easier to just restart Node every time there is a code change?

While this solves a lot of problems, hot-swapping is definitly a solvable problem. For example it has been solved in Erlang/Elixier. As a side note, I made a drop-in replacemant for nodemon, that takes the approach of restarting node on code changes rather than rebuilding a container: https://github.com/tw00/nodemon-remote - it can be used for other things as well, but that was the primary motivation.